Santiso PT has partnered with Pure Body Zen to provide clients with the highest quality CBD oil on the market. The Pure Body Zen Team has perfected balancing science with nature to provide the most potent CBD Oil Products to naturally create homeostasis in the body.

Get some CBD today!

Cannabidiol (CBD) is a non-psychoactive, cannabis compound that counteracts the psychoactivity of THC. CBD-rich cannabis is the non-psychoactive dominant strain, which makes it an appealing natural treatment option for patients looking for relief from inflammation, pain, anxiety, psychosis, seizures, spasms and other ailments without feelings of lethargy or dysphoria.

What is the difference between CBD & THC?

Of all the different cannabinoid found on the cannabis plant, the two best know are CBD and THC (tetrahydrocannabinol). CBD and THC have many of the same medical benefits. They both can provide relief from several of the same conditions, however, CBD does not cause the psychoactive or “high” effects that can occur with THC.

How does CBD benefit you?

With the current science, the medicinal benefits that come from the proper use of CBD are seemly limitless.

CB2 receptors, found in the peripheral nervous system mainly concentrated in immune cells, bind with CBD and work as an anti-inflammatory agent inside the body. Inflammation is an immune response which is believed to play a role in many diseases and conditions. With the proper use of CBD, immure boosting functions of CB2 are activated. 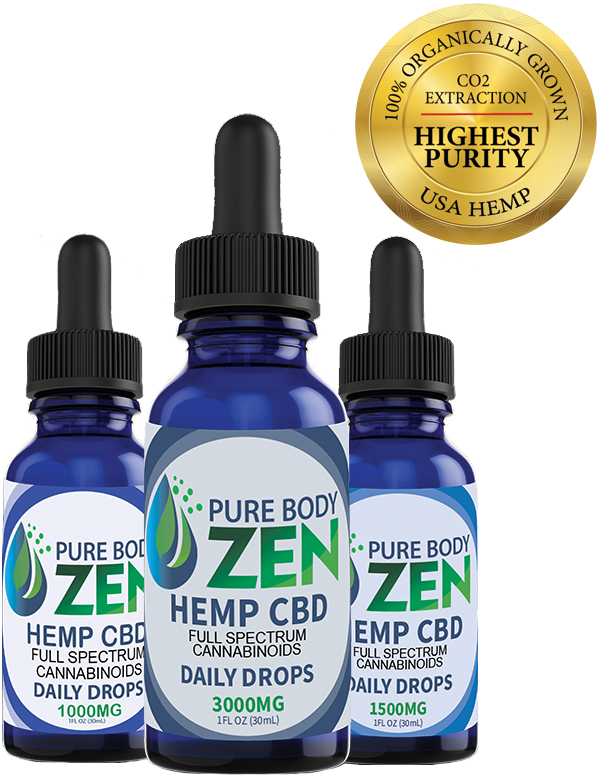 CBD Oil Can Help Treat a Wide Variety of Conditions

Cannabidiol, or CBD, has over 110 known active cannabinoids found in the cannabis plant. CBD is identified as one of the major non-psychoactive components of the cannabis plant. The human body contains an endocannabinoid receptor system (ECS) that was found by a Dr. Raphael Mechoulam, a scientist from Israel studying the Cannabis Sativa plant and trying to identify the active component inside it. The ECS is responsible for actively regulating organ systems and other bodily functions to keep them in equilibrium, allowing your body to perform at its optimal level.

CBD has proven neuroprotective effects and its anticancer properties are being investigated at several academic research centers in the United States and elsewhere. A 2010 brain cancer study by California scientists found that CBD “enhances the inhibitory effects of THC on human glioblastoma cell proliferation and survival.” This means that CBD makes THC even more potent as an anticancer substance. Also in 2010, German researchers reported that CBD stimulates neurogenesis, the growth of new brain cells, in adult mammals. In June 2018, the US Food & Drug Administration approved Epidioplex, the first prescription medication to contain CBD. It’s used to treat rare, difficult to control forms of epilepsy.

The ECS is made up of cannabinoid receptors found throughout your body in locations such as the brain, spine, immune cells, major organs, and more. CBD works by indirectly influencing these receptors to achieve the ideal healthy balance within your body systems.

The fact that CBD is therapeutically potent as well as non-intoxicating, and easy to take as a CBD oil, makes it an appealing treatment option for those who are cautious about trying cannabis for the first time.

Is the CBD oil legal?

Hemp oil is legal in over 40 different countries and the number of hemp oil consumers worldwide is constantly on the rise with more and more studies showing the benefits of hemp oil. In the United States all cannabinoids are illegal on the federal level and this includes CBD. However, the FDA has made no determination or assertion that CBD products are illegal or in any way run afoul of the Controlled Substances Act (CSA). As was established by the Ninth Circuit in 2004, the sale, production and distribution of CBD oils/products derived from imported raw material industrial hemp, such as those produced and sold are not in violation of the CSA.

Do I get high from CBD in the hemp oil?

No, hemp oil is less than .3% THC and contains mainly CBD, a compound which does not make the consumer feel high. Hemp oil will not get you ‘high’, however many people use it to and help to maintain a clear mind and active life-style!

Will CBD oil help me with my illness?

Hemp oil can be consumed as a health supplement. However, depending on your illness, it is recommended that you conduct your own research using resources such as PubMed.

How is hemp different than marijuana?

Are the Pure Body Zen products made in the USA?

Yes, all of our products are made in the USA.

Do we lab test the Pure Body Zen products?

Will I pass a drug test?

Our whole plant hemp oil products contain trace amounts of cannabinoids that could show up on a detailed in-depth drug tests. It is up to the consumer to understand what they may be screened for. We cannot guarantee that you will pass. We do offer a THC Free product for those who are required to take drug tests.
Page load link